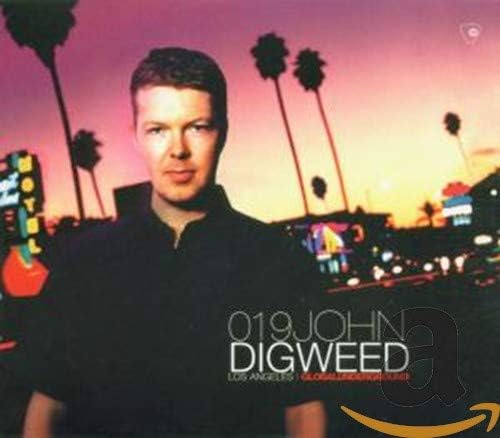 The dark house and relentless pace of John Digweed's 1999 Hong Kong Global Underground mix was a shock to even electronic music's surreal, cannibalistic consciousness. Digweed has never been a glowstick-waving Goa-hippie by any means, but Hong Kong was a nuclear winter of subterranean rhythms, bouncing off the mouldy walls and testing once again techno's shaky, constantly evolving genre definitions. It had suddenly become crystal clear that Detroit-style industrialism has finally completely mind-melded with trance. So it's not surprising, then, that his latest, Los Angeles, continues along that same cold, brawny vein. You might suspect a Digweed recording from the City of Angles to be a glitzier affair, but L.A. has always had a sinister edge, that almost apocalyptic feeling that the whole city could crumble at any minute under the weight of broken dreams and loveless ambitions. Digweed latches onto that vibe right off on the first disc, spinning "Love In Traffic" from noted producer/DJ Satoshi Tomiie. In Digweed's hands, the track grinds itself against your ears with a detached, dirty passion, indulging in a slowly burning build. From there, he taps ever-deeper into the filthy heart of primal dance music, coalescing his mix around scrappy, metallic cross-rhythms, shadowy basslines and cruel, selfish beats. His work on the second disc is even sexier, as Digweed takes advantage of what's come before to flex his muscular ears, and turn up the juice on what was surely by now a sweaty mess of makeup, silicone and six-pack abs. It's almost vicious, the timing this man has in dropping down a needle on irresistible records like "The Fall" by Way Out West, but you have to accept his glorious brutality, gather up the sad remnants of your self-respect and make your way home in the soft morning light. Saturday night happens 52 times a year, after all. --Matthew Cooke

Display all brands with logo mark

Display all brands with logo mark